We invite you to visit our partner's store Martyna.World. This is a store that helps us to help. Part of the amount from your purchases goes as a donation to the UNAWEZA Foundation and supports our Pupils.

Go to cart
KABULA AND CHILDREN WITH ALBINISM

Select the donation amount and help us do good!

If you decide to donate, you will receive a personalized TICKET TO A BETTER LIFE every month as a thank you.

Kabula, as well as over 150,000 people affected by albinism in Tanzania, have experienced persecution. Strong faith in the power of black magic in this country and the belief in the unusual properties of vitiligo patients created a market for trading in their body parts. When Kabula was 14, attackers cut off her right arm at shoulder height. The girl was hospitalized, she was not allowed to return home, so she lived in centers for disabled people. Thanks to Martyna's help, Kabula found a safe haven and began to study in a private school. In the future, she wants to become a lawyer and defend the rights of weaker and excluded people like her.

IN TANZANIA, THEY ARE CALLED ZEROO ZEROO, OR "GHOST PEOPLE" 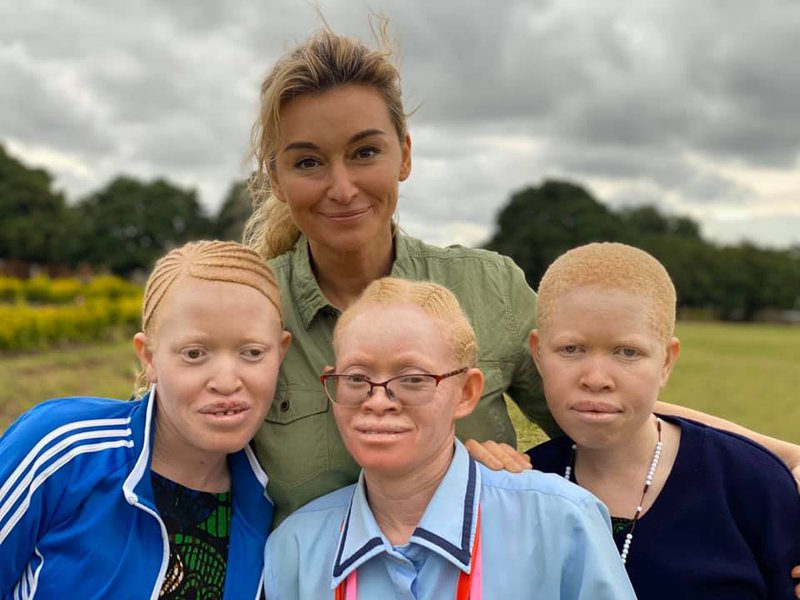 They live in constant danger and uncertainty. The lethal threat is posed not only by the harsh equatorial sun that causes skin cancer, but also by one's own family and neighbors.

Kabula also lived in fear, but her life changed in 2014, when Martyna flew to Tanzania to make the TV show “WOMAN AT THE EDGE OF THE WORLD” and the documentary "Ghost People". After months of efforts, thanks to the support of the Association of African Missions, Martyna became the formal guardian of Kabula, and thanks to the funds raised by TVN viewers through the "Between heaven and earth" foundation, which brings together Polish lawyers, Kabula is now safe and can make her dreams come true. 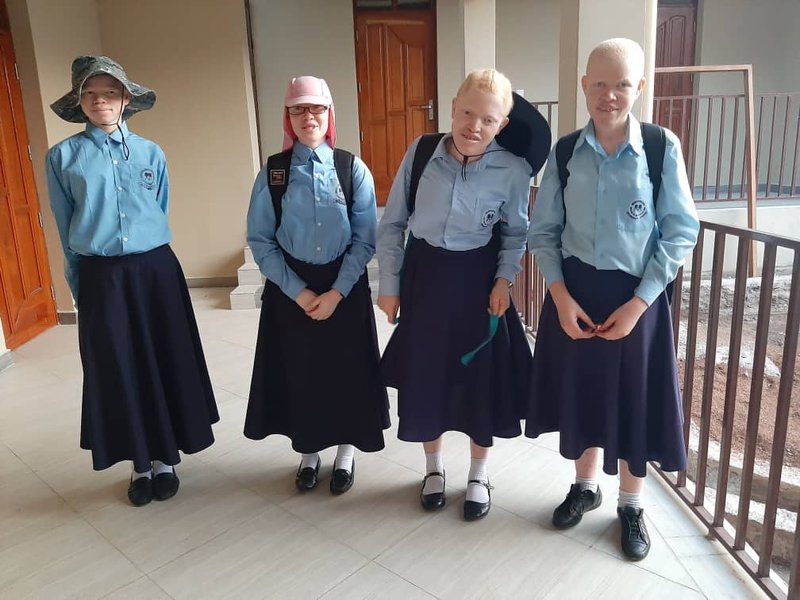 Today Kabula is 19 years old, he attends a private boarding school in Mwanza in the north of Tanzania. She is doing everything to become a lawyer in the future and defend the rights of people suffering from albinism, the weak and excluded, like her. 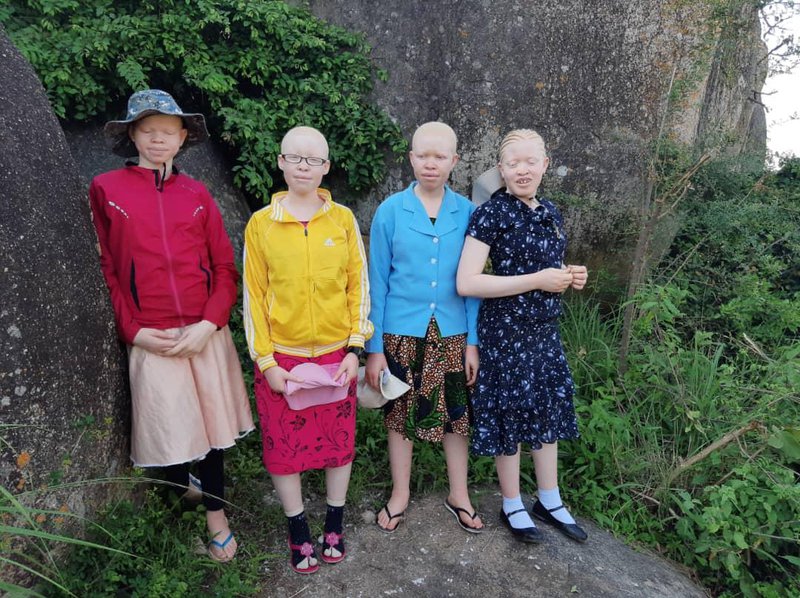 Thanks to her, two 15-year-olds Tatu and Regina, Felista - Regina's younger sister – and 14-year-old Agnes, who also suffer from albinism, came under the care of Martyna and the Association of African Missions. The girls currently live in Mwanza and go to the same school as Kabula. For her they are like younger sisters whom she looks after. 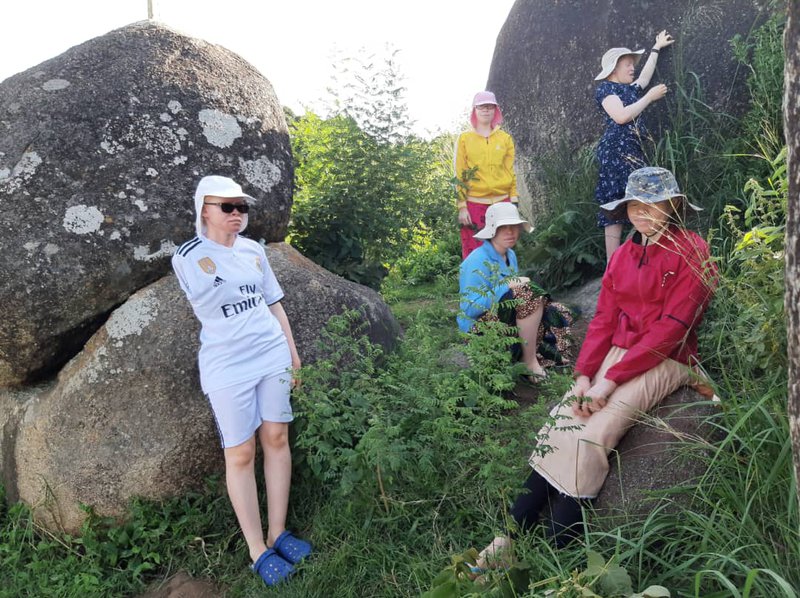 Thanks to your support, the UNAWEZA Foundation has completed the construction of a safe home for children with albinism in Tanzania and has taken care of these exceptional girls, and in the future, other young people suffering from albinism, looking for the chance of a lifetime.

A special activity room was created next to the house as a place for dialogue and integration with the local population, open to everyone regardless of religion, origin and color of the skin. Meetings are held in a multifunctional room with a projector, screen, whiteboard and desks. The room can accommodate up to 50 people at one time. For local children, there are math and English classes. 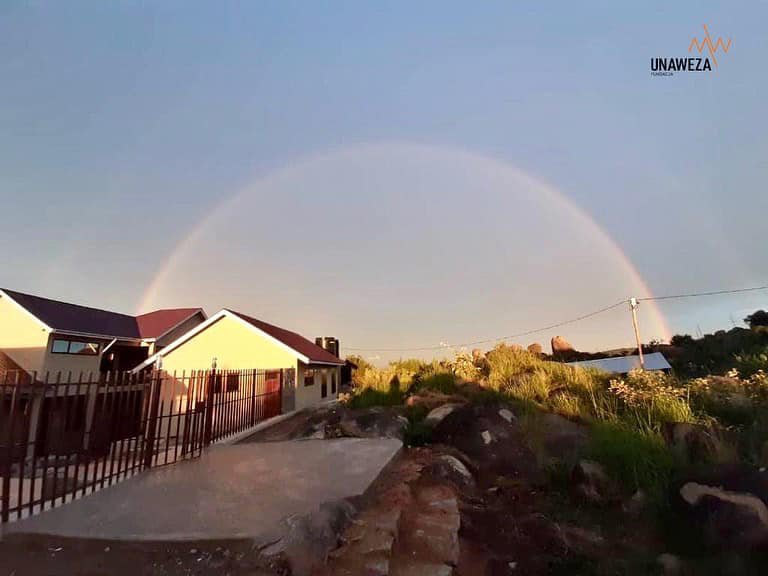 In the future, we would like to fence the area adjacent to the house, first of all, to increase the safety of the residents (double fence, the possibility of releasing dogs at night) and prepare a volleyball / football pitch there - both for the inhabitants of the house as well as local children and youth. The girls also dream of having small vegetable patches and fruit trees.

Currently, financial aid is directed to the daily functioning of this unusual house (paying for energy, water, fuel, maintenance of the car in which the girls are safely transported to school, purchase of food, clothing and chemicals, payments for employees) and the activities of the after-school club, development of this place, medical care and education for our girls and future Residents.

Join the group of FRIENDS of our mentees from Tanzania.

By changing one person's life, you change the whole world!

TOGETHER WE CAN GIVE THEM WINGS!