WE HAVE BUILT A HOME

WE HAVE BUILT A HOME FOR KABULA AND CHILDREN WITH ALBINISM

In the 21st century, people in Tanzania are hunting people. People with albinism live there in constant fear of persecution and death. They cannot count on education, medical and legal assistance. Therefore, thanks to your support, WE HAVE BUILT A HOME where Kabula and other people with albinism can finally feel safe!

IN TANZANIA, THEY ARE CALLED ZEROO ZEROO, OR "GHOST PEOPLE"

Out of the 150 thousand of those affected by albinism in this country, many still have no home, they live in fear of persecution and death. The UNAWEZA Foundation and the Association of African Missions have built a center where Kabula and other children with albinism can feel safe. 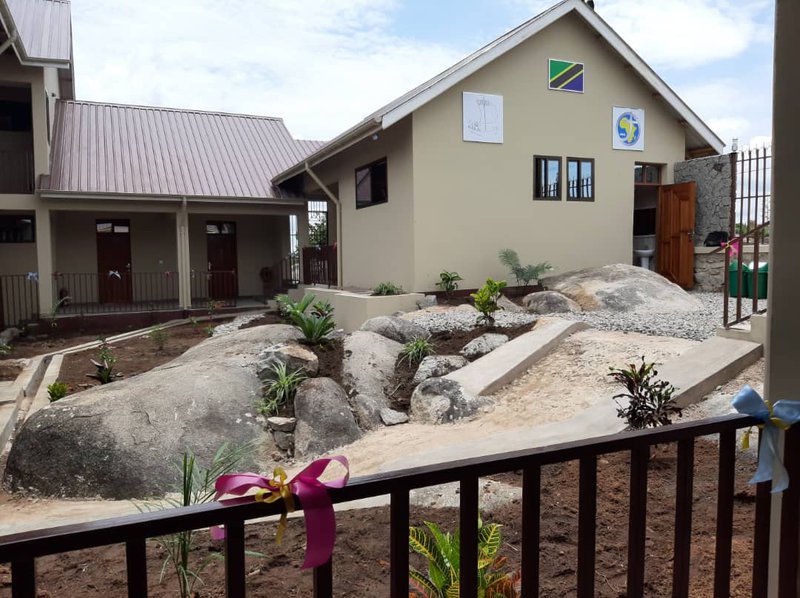 The birth of a child with albinism is believed to be a bad omen for the family. That is why such children are often abandoned, are brought up in care centers or are left on their own. On the other hand, there is a strong belief in the magical power of people suffering from albinism in Tanzania, which means that there are regular hunts for them. Shamans prepare amulets and elixirs from the fragments of living and dead bodies, which are to ensure prosperity and happiness in private life or business. This illegal practice has created a market for trafficking in the bodies and organs of people suffering from vitiligo. Almost 80 people have already been murdered officially, the exact number of victims is unknown.

Kabula also lived in fear, but her life changed in 2014, when Martyna flew to Tanzania to make the TV program "WOMAN AT THE EDGE OF THE WORLD" and the documentary "Ghost People". After months of effort, thanks to the support of the Association of African Missions, Martyna became the formal guardian of Kabula, and thanks to the funds raised by TVN viewers by the "Between heaven and earth" foundation, which brings togather Polish lawyers, Kabula is now safe and can fulfill her dreams.

But we also wanted to help other kids who are struggling with exclusion on various levels. The Association of African Missions has been working on this project for several years. The UNAWEZA Foundation collected the missing 450,000 zl in funds needed to complete the construction of the home for Kabula and other children.

Father Janusz Machota, the then regional superior of the Association of African Missions (SMA) in Tanzania, who supervised the house building process, reports on how the project was carried out:

“We managed to create an architectural plan, obtain the necessary permits, and bring the electrical and water installations to the plot. As almost the entire construction site is covered with rocks, we had to level it with dynamite and by hand. With such a terrain, pouring the foundations was demanding, labor-intensive and, unfortunately, expensive,” says Fr. Janusz. 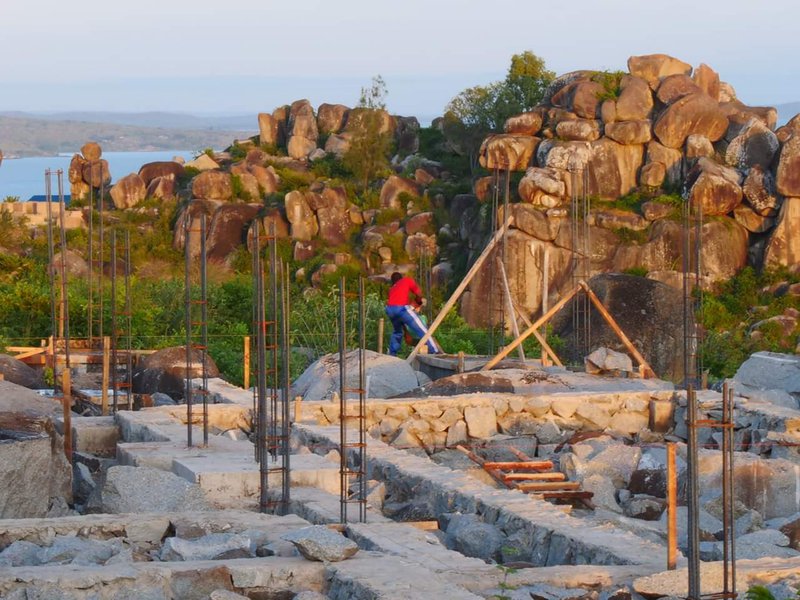 In March 2020, the house was officially opened and already has five residents: two 15-year-olds Tatu and Regina, Felista - Regina's younger sister, and 14-year-old Agnes, who also suffers from albinism. The girls go to the same school as Kabula. For her, they are like younger sisters whom she looks after. 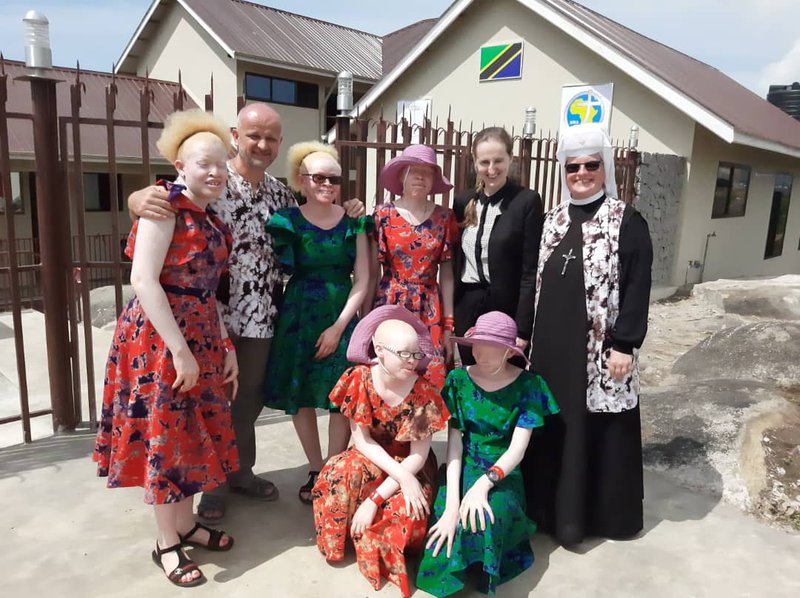 “The house will ultimately be a haven for a dozen girls and boys suffering from albinism, who will attend good local high schools from there. They will also be covered by specialist medical care, in particular for their eyes and skin, which is extremely vulnerable to burns and cancer,” adds Fr. Janusz.

It is also intended to be a place to promote and protect the population affected by albinism, especially children and young people, and to combat the causes of prejudice, violence and marginalization of people with albinism in the local community. The future lawyer Kabula will also have her official office there!

“Certainly we will not change the whole situation suddenly, but it will be a concrete brick in building a better and more just world,” adds Fr. Janusz. 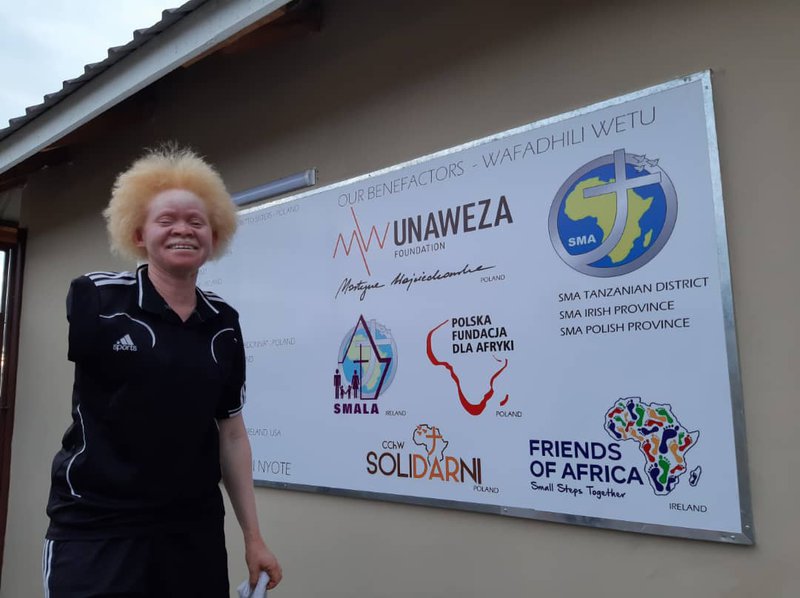 A special common room was created next to the house as a place for dialogue and integration with the local population, open to everyone regardless of religion, origin and skin color. Meetings are held in a multifunctional room with a projector, screen, whiteboard and desks. The room can accommodate up to 50 people at one time. Math and English classes are provided for the local children.

In the future, we would like to fence the area adjacent to the house, first of all, to increase the safety of residents (double fence, the possibility of releasing dogs at night) and prepare a volleyball / net-ball pitch there for football - both for inhabitants of the house as well as local children and youth. The girls also dream of having small vegetable patches and fruit trees.

We are still collecting funds for the daily functioning of this extraordinary hom and meeting room, as well as the development of this place, medical care and education for our girls and future residents.

All this is possible thanks to the extraordinary people who joined the TICKET TO A BETTER LIFE project. We encourage everyone to increase the group of friends of our pupils from Tanzania.

CHILDREN FROM THE TRASH DUMP UNDER THE CARE OF CARMEN

Sports, mathematics and Spanish. All of this is the “office” under a tree in the area. Here, the child pepenadores can plan a better future. Today, you can give them a chance for a better life.

CAROLINA AND OTHER GIRLS FROM THE DUMP

Until a few months ago, Carolina did not see a future for herself and her son. Today he has a chance for a better life, education and getting out of the landfill. Support her path to a new life.